Watching animes is mainly a distraction, or a hobby. But at times you can run into a real masterpiece that might change your way of seeing things. This post will make a non exhaustive list of some which actually changed my way of thinking and living. Of course the time, my initial state of mind and the playback conditions certainly greatly affected my judgement, so these feelings might not reflect yours at all.

I'll try to summarize how I felt after watching these with a short paragraph, trying to avoid spoilers.

Certainly the first real anime I watched. It brings a lot of thinking on living with nature, but not with the classical hippie idealism; it is violent, disturbing, beautiful and will actually show a lot of opposite points of view from the different entities. 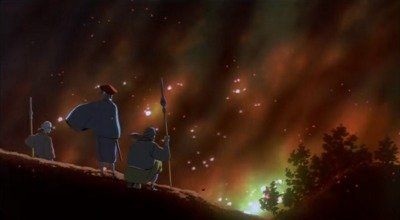 This is not an anime I'd actually recommend, but it affected me greatly at the time I watched it. I though Mononoke Hime was an exception in the anime world, and this anime proved me wrong. The main character is a taciturn and disturbed character, the music and art are wonderful, it is a violent anime and I really enjoyed it despite it being quite slow. 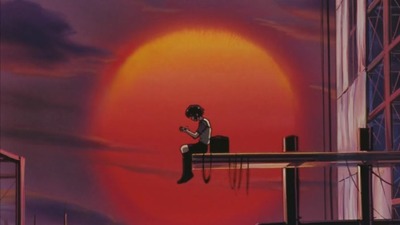 One of the anime with the most awesome character development I've seen. It is psychologically and politically very interesting (a bit like Legend of the Galactic Heroes by the way). You also start to realize how awesome this show was when it ends; you get a feeling like "wow, how much awesome adventures I just lived". 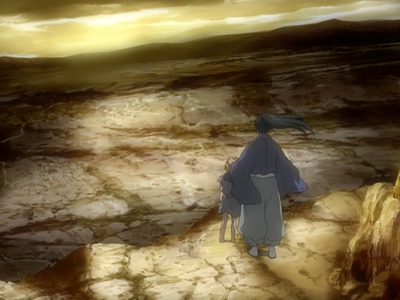 You might not realize at first how deep this anime is. Just like Kirika in Noir, there is some kind of taciturn character with redemption/atonement issue. The last three episodes are insanely good, and the artwork and music are awesome. This is mostly a peaceful anime, which brings many thinking on life and death. 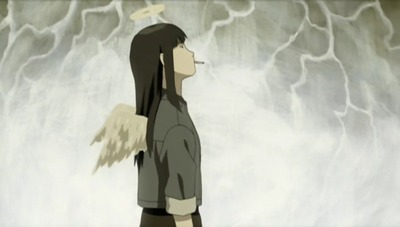 When I started this anime, I really didn't expected this at all. Passed the first episode, I got slapped in the face pretty badly. I can't say much about it except that it stayed in my mind for months, and deeply affected me. If you're looking for some strange violent universe, this anime is for you. It is in my opinion a must see. 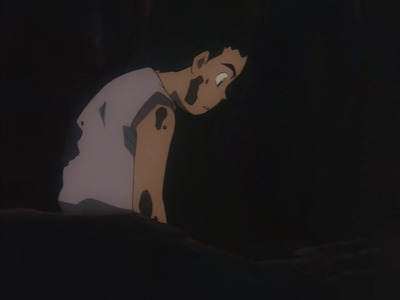 This is one of the rare science fiction anime with a realistic situation, about real problems. Psychological, emotional, credible, it also covers a large range of life and society thoughts. 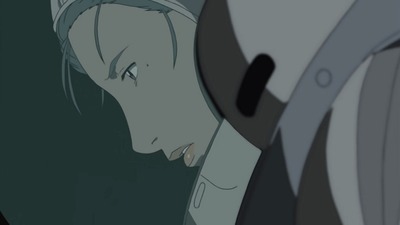 Perhaps the best work done by Satoshi, maybe because of the sharp style, mysterious ambient, great plot, melancholy aspect, or the mix between the historical and fantasy dimension. It is pretty different from most of the animes I saw in the sense that it strangely looks like a real movie. The character struggle is also brilliantly depict. 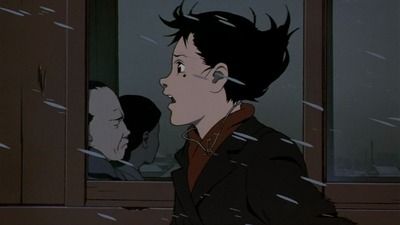 A work almost entirely done by a single man. In 25 minutes a rich universe is created, where the two main characters will have to deal with a crazy love situation only the Japanese can create. The "ugly" character faces and the mecha theme were not enough to avoid this anime to be considered a masterpiece to me. This sci-fi love story is painfully beautiful. 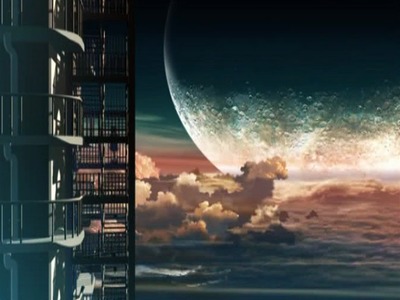 This is the kind of universe I love so much. It is all about augmented reality, in a lovely artwork (I have a weakness for pastel color works). It is strangely very related to the SixthSense technology talk by Pranav Mistry. 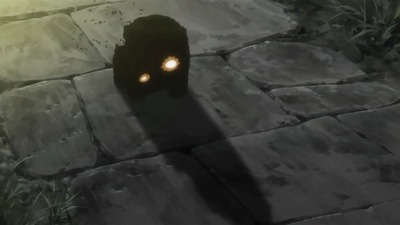 This anime was a great lesson of liberty, but also empathy toward different cultures. Not much to say, except that this anime was deeply saddening, but I still wanted more at the end. 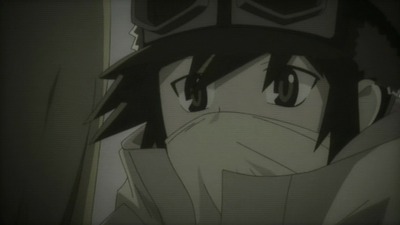 I could also mention Nodame Cantabile with Megumi being a marginal and free minded eccentric, or Nana, with Osaki Nana being a very capable person, apt to understand and appreciate freedom while living in a love/freedom dilemma. There is also very interesting personalities like Shizuku Tsukishima in Whisper of the Heart who will bet everything to achieve her goal, or Yang Wenli from Legend of the Galactic Heroes, a strong minded and brilliant person, yet moderate, who have to deal with political aspects in a war situation. And while I'm at it, I can't leave without mentioning at least Kaiba and Princess Tutu, both being astonishing piece of art (both for plot and climax, if not more).

The list is very long, so let's end it now for this time. If you share most of my feelings with the animes I quoted, feel free to look to my web-2.0-social-animelist and/or propose me some good ones.