Out of the blue my Steam started picking a random font I had in my user fonts dir: Virgil, the Excalidraw font. 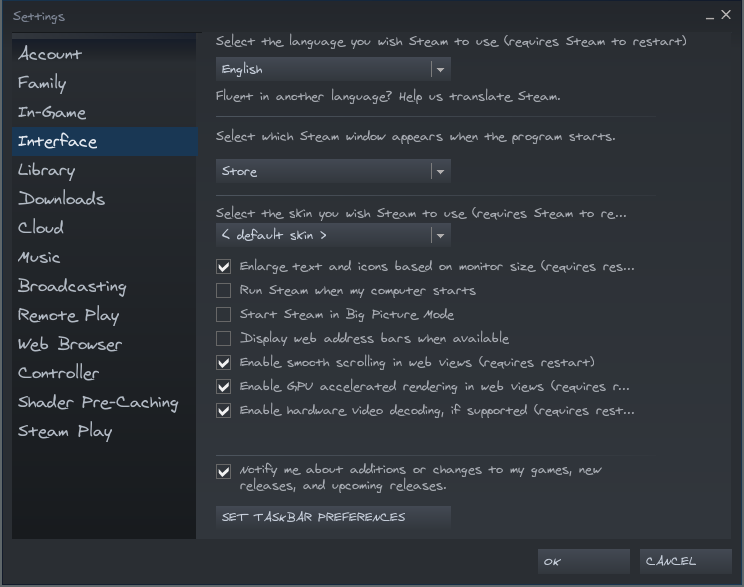 That triggered me all sorts of emotions, ranging from laugh to total incredulity. I initially thought the root cause was a random derping from Valve but the Internet seemed quiet about it, so the unreasonable idea that it might have been my fault surfaced.

To understand how it came to this, I have to tell you about The Stanley Parable, an incredibly funny game I highly recommend. One of the achievement of the game is to not play it for 5 years.

To get it, I disabled NTP, changed my system clock to 2030, started the game, enjoyed my achievement and restored NTP. So far so good, mission is a success, I can move on with my life.

But not satisfied with this first victory I soon wanted to achieve the same in the Ultra Deluxe edition. This one comes with the same achievement, except it's 10 years instead of 5. Since 2022+10 is too hard of a mental calculation for me I rounded it up to 2040, and followed the same procedure as previously. Achievement unlocked, easy peasy.

Problem is, Steam accessed many files during that short lapse of time, which caused them to have their access time updated to 2040. And you know what's special about 2040? It's after 2038.

This is the kind of error I was seeing in the console: "/usr/share/fonts": Value too large for defined data type.

What kind of error could that be?

Nice, so we're triggering an overflow somewhere. More precisely, fontconfig 32-bit (an underlying code to be exact) was going mad crazy because of this:

In order to fix this mess I had to be a bit brutal:

The remounts were needed because relatime is the default, which means file accesses get updated only if the current time is past the access time. And I had to remount both my root and home partition because Steam touched files everywhere.

Not gonna lie, this self-inflicted bug brought quite a few life lessons to me: